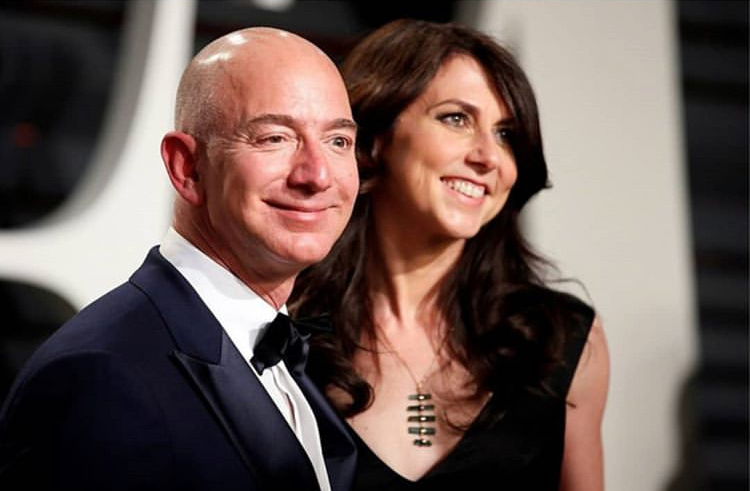 On Wednesday, the billionaire exec and his wife, MacKenzie Bezos, announced they were divorcing, saying in a joint statement: “We want to make people aware of a development in our lives. As our family and close friends know, after a long period of loving exploration and trial separation, we have decided to divorce and continue our shared lives as friends.”

The New York Post and the National Enquirer both reported that Jeff Bezos, 54, is romantically involved with 49-year-old Sanchez, a former “Good Day LA” news anchor with Fox who also works as a helicopter pilot and entrepreneur.

The TV host is still married to Patrick Whitesell, the co-CEO of prominent Hollywood talent agency WME. Whitesell counts Matt Damon, Christian Bale, and Hugh Jackman among his clients. According to the New York Post, Sanchez and Whitesell separated in the fall. It’s after this that Bezos reportedly “became closer” with Sanchez. Sanchez has three children – two from her marriage to Whitesell and one from a previous relationship.

The National Enquirer said it conducted a four-month investigation into Bezos and Sanchez’s alleged affair, and suggested that it was its impending report – due to be published in full later this week – that sparked the announcement from Bezos.

Bezos has an estimated net worth of about $137 billion, and news of his impending divorce has sparked fevered speculation as to what it will mean for his fortune. It’s not clear whether Jeff and MacKenzie Bezos signed a prenuptial agreement or formed another arrangement regarding what would happen if they split. The couple have been married for 25 years, and have four children.

An Amazon spokesperson did not immediately respond to Business Insider’s request for comment.