…Houseboy on The Run, Clears Her Jewelry, Money and Phones
….Driver Arrested, Claims He Was Drugged To Sleep While the Operation Lasted
…Police Launches Full Scale Investigation Into Her Murder
…Why the Spate of Murder of Women Who Live Alone By Domestic Staff Is On the Rise
….The Intimate World of Ola Adeola, Her Last Days, Her Unfulfilled Dreams.
…Burial Fixed For December 28 and 29

“My dear sweet mother, Ola Adeola! Such a beautiful, generous, humorous beam of light that brightened so many lives!! Fed, clothed and raised me and my brother to be the men we are today. How do I even begin to pay tribute to such an incredible woman of God? Thankfully, she is dancing with Jesus, the angels and my grandparents.”

The glowing tribute above, by Isieme Adeola, captures the the life 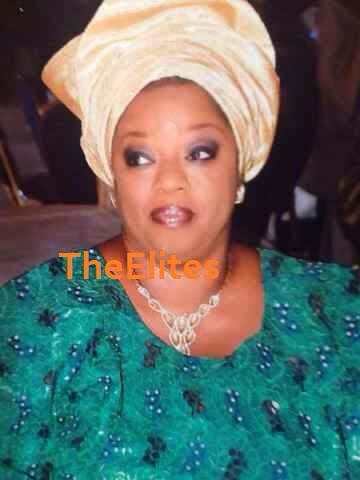 of his mother, Mrs. Olayiwola Adeola (Née Craig), who was brutally murdered by her houseboy last weekend.

The death of Ola Adeola, 61, has no doubt, thrown the entire Lagos society into a mourning mood. It has also blighted the mood of the Christmas season for her loved ones. Her sudden death really came as a shock to members of her family and her friends. They are yet to come to terms with the reality that the woman, who meant the world to them is no more.
Few hours after the tragic news of her death broke on Monday morning, a group of family members, friends and sympathisers converged at Adeola’s residence. A deep feeling of sorrow and loss pervaded the gathering. Although, there was no crying and wailing, gloom, like an overlord, held sway.

Findings made by The ELITES revealed that the last time Adeola was sighted was on Friday, December 12, 2014. She had seen off her younger sister, Biola who was retiring to her London base, to the airport. The previous day, on Thursday, December 11, 2014, Adeola had visited a couple of friends, little did she know that it would be her last social outing. She was said to have been in a vivacious mood, looking hale and hearty as she chatted with her friends.

Sadly though, four days later, Adeola was found dead, at her Millennium Estate, Oniru Estate, Victoria Island, Lagos residence. Dressed in her night gown, Adeola was found in a pool of her blood. Her throat was slit and her body was butchered with knife. She was discovered by one of her 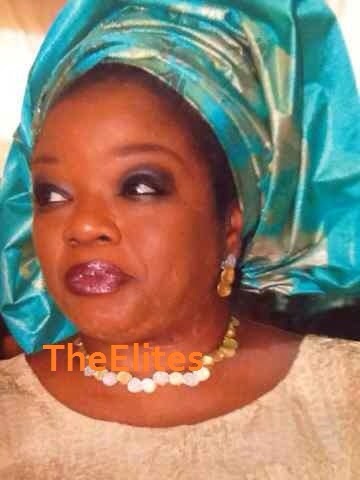 domestic staff, who had come to resume for the day. The ELITES gathered Adeola’s assailants hit her head with a plank of wood before slitting her throat.

The ELITES gathered that Adeola’s death has caused some ripples amongst her family members and friends. This has also sparked suspicion from many Lagosians, as they are said to be alleging that she was murdered by her houseboy, who must have worked in concert with the driver and other people. 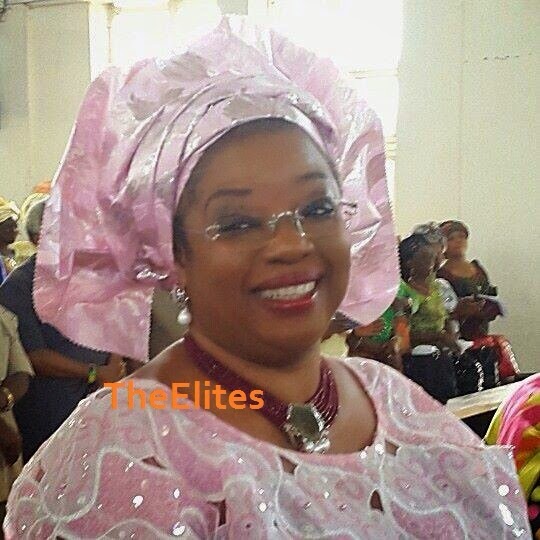 The family is premising the basis of their allegation on the fact that, Adeola’s killer made away with her jewelry and some money.

Investigation, made by The ELITES revealed that Adeola stayed alone in the main house, while her two domestic staff lived in the staff quarter. It was gathered that one of the male houseboys was off duty when the incident occurred. The Lagos state Police Public Relations Officer, DSP Kenneth Nwosu said the police has launched a full scale investigation and have transferred the case to the State Criminal Investigation Department, Panti, Yaba.

Meanwhile, the driver, who was reported to be within the premises when his boss was murdered has been arrested. He is reported to have alleged that the houseboy spiked his yam meal with some drugs, which knocked off his consciousness while the dastardly operation lasted. He informed the police that when he regained his consciousness, his family members came and took him away. His account of what he knew of the incident has since been dismissed the police. One question which the driver has not been able to provide a plausible explanation to is why he did not bother to check on his boss when he woke up.

Although, the houseboy, who is said to be a native of Cotounou, Republic of Benin, is still on the run, his agent, Olutola, who brought him to Adeola has since been arrested. So also is his guarantor, who stood in for him.

The spate of murders of women by domestic staff has assumed a new and dangerous dimension in recent years within the Nigerian society. The ELITES gathered that these domestic staff, who work for a syndicate, usually target wealthy women who live alone. Their motive is usually sinister- to rob their employers of their jewelry and money after working for some weeks. Sources disclose to The ELITES that the domestic staff resort to killing their employers, once they carry out their mission.

Fondly called Olly or Ollastic by many people she associated with during her lifetime, the deceased was from the prominent Craig family of Abeokuta, Ogun State. Adeola was the daughter of the late Justice Ebenezer Babasanya Craig, the former Chief Judge of Ogun State. She attended the University of Lagos, where she studied Law. Adeola worked at Real Insurance for many years, after which she retired and went into private business. 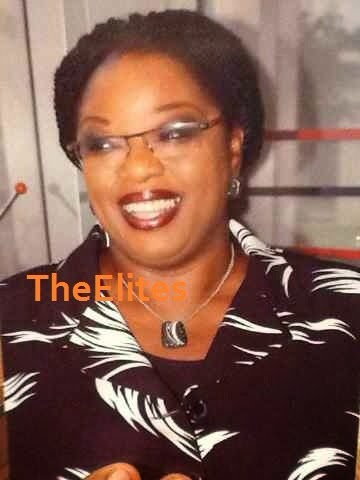 The society matriarch was married to Yomi Adeola, a native of Edo State and the son of late prominent police boss. The union was blessed with two sons- Enahoro and Isieme. The two Adeola boys, who are in their early 30’s, live in the United Kingdom.

Adeola, whose life revolved around her two sons was looking forward to seeing them getting married in the nearest future. She was reported to have also been preparing for the wedding
ceremonies of the children of her brother-in-law, Dele Adeola and one of her close friends. Both event are scheduled to hold in the first week of January 2015.

A prominent member of the Nigerian society matriarchs, Adeola was widely known to be one woman who radiated joy and spread the sunshine that was her life. She also made an impressive mark as a style icon. Her most notable fashion signature was her eyes, which were always accentuated with black eyeshadow. She was very gregarious and infected many people with her charming mien and infectious smile.

The ELITES reliably gathered that the burial of Ola Adeola has been fixed to hold on Decrmber 28 and 29. The funeral service will take place at Our Saviour’ Church, TBS, Onikan, Lagos.