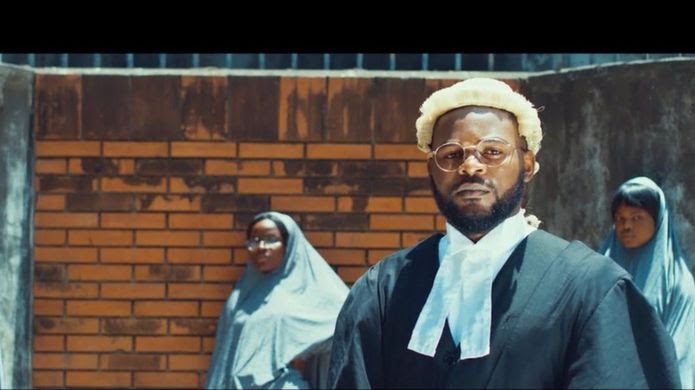 Nigerian singer and rapper Folarin Falana, popularly known as Falz, has started the New Year with the release of his single tagged “Talk”.

The News Agency of Nigeria reports that the video of the song, which is directed by Prodigeezy, features Falz driving alongside his guys with different scenes relating to the lyrics played out.

‘Talk’ is a socio-conscious record that addresses critical happenings and advises the youths to be wary of ‘greedy politicians.’

As the 2019 general election draws near, the artiste uses lyrics of the song to address critical leadership issues and advised Nigerians, especially the youths, to speak up for what they truly want.

Falz, now popularly known by industry watchers as a ‘Music Activist’, had earlier hinted fans that he would release an album titled ”Moral Instruction” on Jan. 15.

He said of the album: “There is a dire need for us to redefine the concept of humanity and morality.

“There is a pressing need for re-education and re-orientation of the people, for this is the only way we can restore sanity.”

He is the son of Femi Falana, a Nigerian human rights activist and lawyer.

The music artists came to limelight after his song “Marry Me” (featuring vocals from Poe and Yemi Alade) won him a nomination in the “Best Collaboration of The Year” category at the 2015 Nigeria Entertainment Awards.

In 2018, Falz released a controversial audio/visual song “This Is Nigeria”, a mock-up of American rapper Childish Gambino’s “This Is America”.

It addresses societal issues prevalent in Nigeria, including SARS brutality, codeine abuse, and killings in some parts of the country.

The video of the song highlights the nation’s issues  especially violence and corruption in politics, policing, and religious bigotry.

The song was, however, banned by National Broadcasting Commission, NBC.