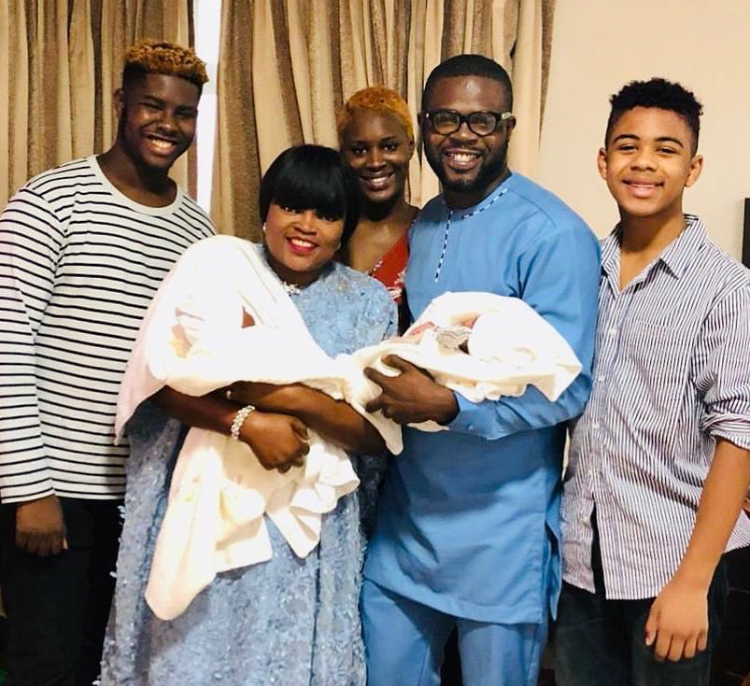 Fans went wild with joy when news broke that popular Nollywood actress and producer, Funke Akindele has welcomed a set of twins a couple of weeks ago.

Now the screen star and her husband, JJC Skillz are giving fans the first glimpse of their twin boys.

In a family photo which sees Akindele posing alongside her husband, the newly born set of twins and Skillz’s other children is an adorable one as the family is full of smiles.

It is noteworthy that the arrival the babies came a few years after a popular Lagos-based pastor, Olagorioye Faleyimu, said that Akindele, may not have children of her own, and might end up with another broken home. Responding to the prophecy, however, Skilz reaffirmed his love and commitment to his heartthrob saying she gave him a new life.