….Family Goes Ahead With Wedding Ceremony
…Husband and Step-Son, Former Soeaker Dimeji Bankole In Attendance
…Details of Her Three-Year Battle With Heart Ailment

The wife of Ogun State popular politician, Chief Olayiwola Alani Bankole, and step mum of the former Speaker of the House of Representatives, Hon. Dimeji Saburi Bankole, reportedly died at 6:05am, on Saturday at a private hospital in Ilupeju, Lagos State after a protracted battle with diabetes and heart- related ailment. She died, just few hours before the commencement of the wedding ceremony of her her second daughter, Mopelola Zeenat. She died barely three months to her 56th birthday (March 29)

It was gathered that Bankole, the Iyalode of Gbagura, Egbaland, had been sick for over a month before death came calling. So severe was the ailment that she could not be part of the preparation of the wedding ceremony.

The Elites gathered that Bankole was rushed to the hospital last week, and had been in a Coma in the last five days.
Bankole was said to have collapsed again on Saturday morning.
Three years ago, precisely in September 2011, the affable society matriarch suffered a massive heart attack and rushed to the Emergency Ward of the Lagos State Teaching Hospital Ikeja. She was revived after being put under watch for several hours in the Intensive Care Unit of LASUTH.

The wedding between Mopelola and her fiancé, Sharafadeen Oluwafemi Jatto is ongoing at The Events Centre, Agidingbin, Ikeja, Lagos. Mopelola, a graduate of the University of Lagos, is a senior staff of Skye Bank in Abuja, while her new husband, Olufemi works in First Bank, Abuja.

In attendance at t 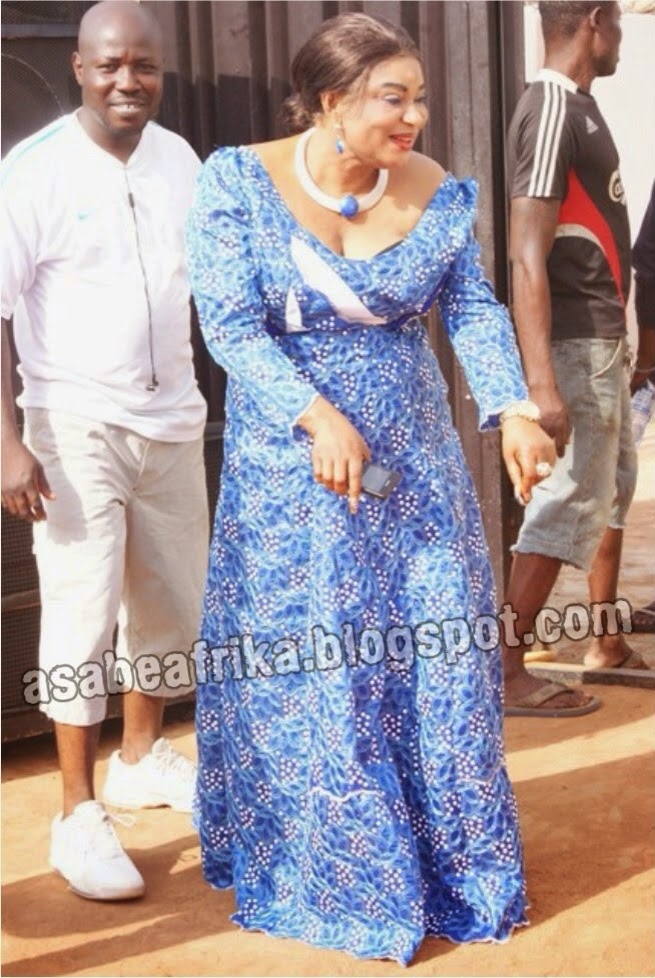 he wedding was her step- son, a former Speaker of the House of Reps, Dimeji Bankole and his father, Chief Alani Bankole and the bride’s grandmother.

Shortly after the traditional wedding, the bride’s father, Chief Alani Bankole went round to thank guests and quietly took his leave accompanied to his car by Dimeji who returned to the wedding hall for the reception. Shocked by the news, some friends of the late society matriarch, turned back in pensive mood.
Fondly called Iyalode or Chief Mrs by her teeming admirers and loved ones, Bankole, a foremost businesswoman with a chain of stores, Sublime Group, formerly on Opebi Road, and later, Ogba Retail market, Ikeja, Lagos, hailed from Owu, Ogun State and married a First Republic politician, Chief Alani Bankole, father of Dimeji Bankole.
Her marriage to Alani Bankole, the Oluwo Iporo and Asipa of Egbaland is blessed with four children- Toyin, Mopelola, Layiwola Jnr and Modesola, and a grandson, Oluwadarasimi Sultan. The first of her parents’ children, Bankole is survived by her 79-year old mother and many siblings.