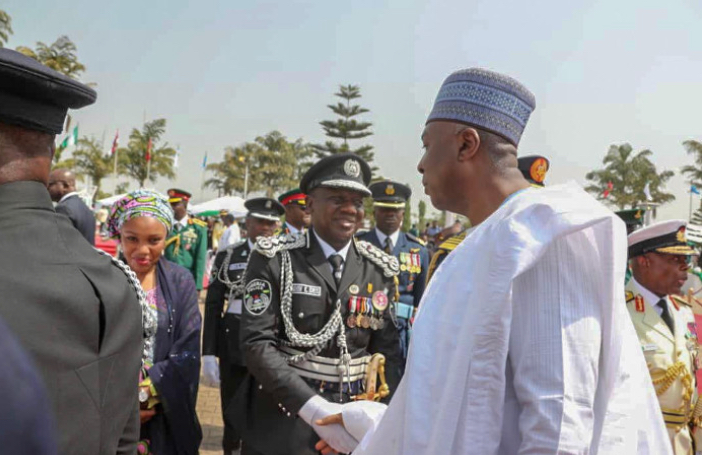 A Special Assistant to the President of the Senate, Dr Bukola Saraki, has described as untrue, reports making the rounds that Saraki refused to shake hands with the outgoing Inspector General of Police Ibrahim Idris at the Armed Forces Remembrance Day celebration.

Mr Olu Onemola, Special Assistant to Saraki on New Media who shared pictures of the President of the Senate in a handshake with the IGP, described the reports as malicious and unprofessional.

He wrote: “There is a story going around on several online platforms that the Senate President refused to shake the hand of the former IGP. Please note that the story is false. This picture was taken today”.

Saraki was accompanied by the Speaker of the House of Representatives, Yakubu Dogara.

Some of the pictures shared also showed Saraki and Dogara in a cheerful chat with Vice President, Prof. Yemi Osinbajo.

Saraki and the IGP have not been so much in good terms as the number three citizens had on many occasions called for the sack of Idris, stressing that he was a threat to democracy and not fit to hold public office.

Saraki had also accused the IGP of trying to implicate him in the Offa Robbery Saga and had met with president Muhammadu Buhari over the matter – A case which is still lingering.

On Several occasions, the IGP shuns the invitation of the Senate to give esplanations on the security situations in the country, an action which angered the upper legislative body and leading to a no convidence vote of the IGP.

Meanwhile, the Armed Forces Remembrance Day Celebration may be the last official function of the IGP, Ibrahim Idris, as President Muhammadu Buhari has named and decorated a new IGP, Abubakar Adamu.

He enlisted into the Force on 1 February, 1986 as a Cadet Assistant Superintendent of Police 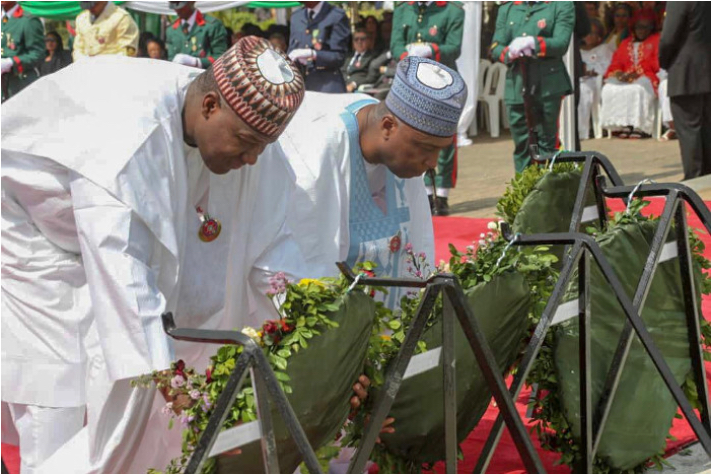 Before his appointment as the Acting Inspector General of Police, he was a Directing Staff at the National Institute for Policy and Strategic Studies (NIPSS), Kuru, Jos, Plateau State.