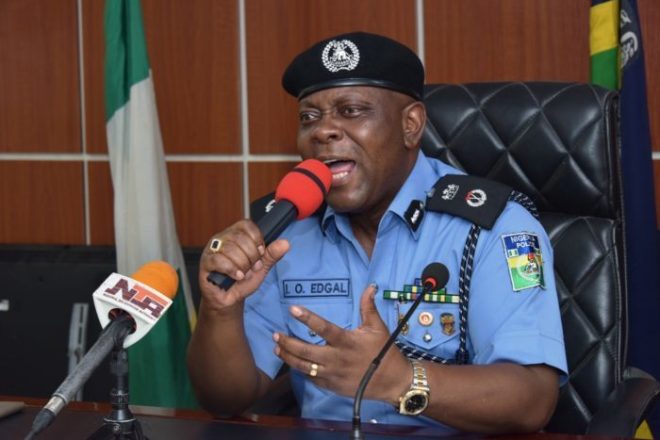 Redeployed Lagos State Commissioner of Police, Edgal Imohimi on Tuesday refused to handover to Mr. Kayode Egbetokun, insisting that he is still in charge in Lagos.

Imohimi was expected to handover to Egbetokun as new commissioner on Tuesday, but he broke the news that he was still in charge and that there was no change of baton.

Imohimi and Egbetokun were at the ceremony with other top police officers, when he said that the power from above asked him to remain in office and not handover to the new acting CP.

According to him, he had received a phone call from the “above” to suspend the handover as the statuesque remains, theleadng.com reports.

This statement sparked jubilation among the rank and file at the venue.

Imohimi was on Sunday, redeployed to the Force headquarters in Abuja, as the Commissioner of Police in-charge of the Explosive Ordinance Unit, Police sources hinted.